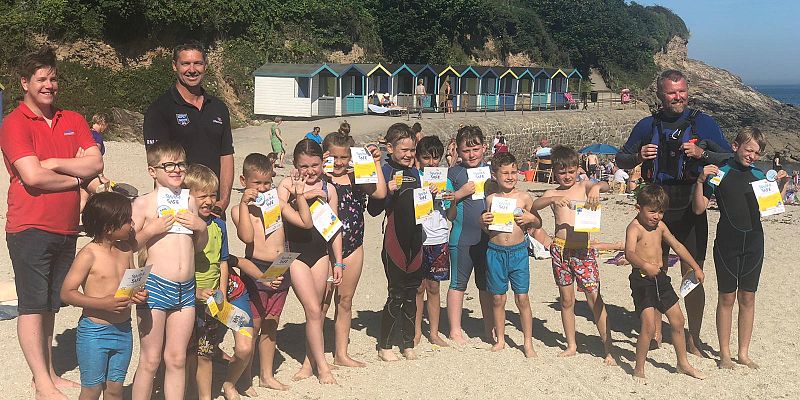 Just before the schools broke up, Dany Duncan, managing director of Elemental UK, held several Swim Safe sessions for local children at primary schools in Falmouth, with follow-up sessions at Swanpool beach continuing throughout the summer.

The sessions were organised because in July a serious incident was averted when some young people followed the Swim Safe message of “Relax, Float, Breathe” after getting into difficulty while swimming off a beach in the Falmouth area. They remembered the mantra they had been taught in a Swim Safe session a week previously, which bought them valuable time and meant they could successfully be rescued from the water.

Dany says: “This is living proof that the Swim Safe message really does work and should be put out to as many young people as possible.” Elemental was joined by Steve Instance from the RLNI and James Instance from Falmouth Coast Guard to give extra guidance to parents.